Snapchat Statistics – The stats that can’t be ignored

Snapchat’s growth is simply astounding as is its revenue and we had to expand our list to more than 10 incredible stats to consider.  With well over 5 billion Snaps created every day on average for Q4 2020 Snapchat is just too big to ignore as a communication medium.  Over 90 percent of the U.S. Gez Z population watched Shows and published content in Q4 2020. There is no denying that Snapchat is a force that digital marketers need to consider especially during the age of COVID.

You can access the full Snap insights at https://investor.snap.com/company-profile

To stay up on the most pressing social media insights, including those coming from Snapchat please subscribe below or contact Dan Noyes at (585) 230-9565 to discuss your current digital marketing projects. 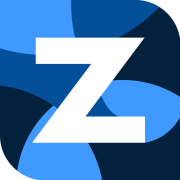 Dan Noyes is the principal consultant of Zephoria Inc., a digital marketing consulting company based in Sarasota, Florida. Dan has more than 20 years of experience in digital marketing with a focus on search engine optimization, social media, and marketing-focused web development for both large brands in the US as well as several emerging growth global companies. Dan is also passionate about training the next generation of digital marketers and routinely works with and mentors these talented professionals about adopting digital marketing best practices. To learn more contact Dan at dnoyes@zephoria.com.

Other Zephoria Posts that may be of interest

Understanding Centennials as a Marketing Channel