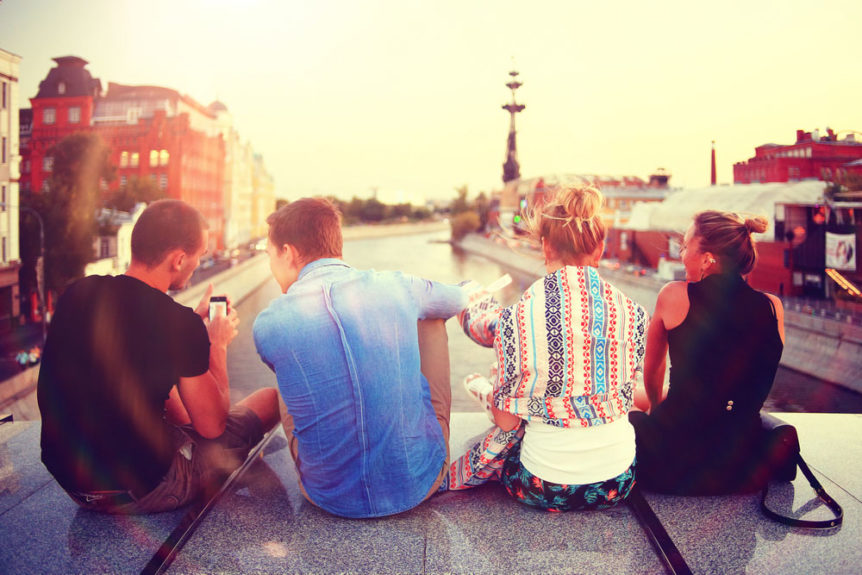 When it comes to spending money, Millennials prefer experiences over possessions. A recent study released by American global travel company Expedia showed 74% of 18 to 65-year-olds would rather spend their money on experiences than possessions. In other words, these young consumers don’t want a home full of pricey china; they’d rather visit China.

Close to half of Millennials (ages 22 to 37) would sell clothes or furniture to fund a trip, and 71% of Gen Z (ages 21 and under) would get a part-time job to travel. But where exactly do they want to go?

YPulse, a youth marketing and Millennial research firm, recently asked: “If you could take a trip anywhere in the world, where would you go?” The number one response from all 13 to 36-year-olds polled was Japan. This is the third year in a row the island nation in the Pacific Ocean earned the number one spot.

In second place was Italy, followed by Europe in third.

The broad response of a continent ranking at number three on the list shows that young consumers are looking to explore, and many want a trip that allows them to see more than one country. European nations also had a strong showing in the list of the remaining top 20 responses.

When the responses were broken down by gender and age, there were some slight differences. While Japan was still the top pick among all the groups, young males were more likely than females to want to visit London, and to name France over females’ more specific Paris.

Travel is not just a dream for Millennials and Gen Z’ers either. An impressive 65% of 22 to 35-year-olds have begun setting aside money specifically for travel. With money in the bank and very specific destinations in mind, it’s fair to say these two groups of young consumers can be collectively dubbed Generation Wanderlust.

The Zephoria team has been helping a number of the world’s most respected travel brands and would love to speak with you about how we could help you with your travel marketing program.  Reach Zephoria’s President, Dan Noyes, at (585) 230-9565 or via email at dnoyes@zephoria.com.