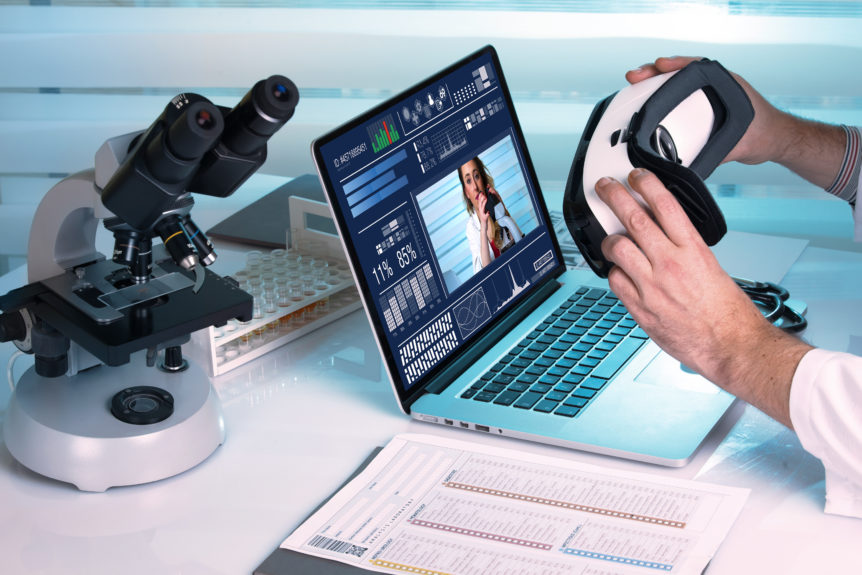 A mere fifty years ago, certain diagnoses were generally a death sentence.  Yet today, medical professionals can more effectively treat some of these same illnesses and improve the quality of life for patients.

Hopefully the future of healthcare shows even more progress.  Three innovations in health technology may very well lead the way in this venture, paving the way for a revolution in healthcare.  They are virtual reality, nanotechnology, and 3D printing.

Healthcare professionals can’t ignore the potential for this amazing technology.  Already, 18% of physicians in the US have used it professionally, and as many as 60% would be interested in trying it for training and CME.  (Medical Marketing and Media)

In fact, during an April 2016 meeting of the American College of Cardiology, a demonstration with Virtual Reality attracted 400 medical professionals.  Using a Samsung Gear VR headset, the participants were able to experience immersion in a bloodstream while learning about a Pradaxa reversal agent called Praxbind.

With so many positive responses, Confideo Labs (who developed the demonstration) soon introduced a way to share it with more physicians through Google Cardboard and a downloadable app.  This definitely attracts more attention than simple printed materials.

One major player in the field of nanotechnology comes from an Australian company called Vaxxas.  They’ve raised millions of dollars to speed up the commercial development of the Nanopatch, which is a vaccine patch that doesn’t require a needle.

The Nanopatch uses micro-projections to reach the outer layers of skin, and only requires 1% of the dose that a needle vaccine would require.  It also requires no refrigeration, and Vaxxas CEO David Hoey states that it’s less expensive and easier to transport.  (Medical Marketing and Media.)

An important lesson involves adapting large-scale manufacturing approaches to be compatible with the fine components of the Nanopatch.  They expect the first Nanopatch to be available in the US by 2022 or 2023.

This phenomenal technology has already had an effect on healthcare, with the first 3D printed pill currently available.  Spritam, an epilepsy medication, employs 3D printing to make a pill easily swallowed in higher doses.  It’s made by Aprecia Pharmaceuticals, which has a partnership with InVentiv health to market their 3D technology.

In addition, companies like Open Bionics can create 3D-printed hands or arms that cost a fraction of the conventional prosthetics’ cost.

Similarly, ConforMIS uses 3D printing technology to make knee implants that are customized for the patient.  Not only are the implants customized for the specific patient, they have other benefits also.  They are less expensive, reduce the need for stocking large quantities, and are more hygienic.  (Medical Marketing and Media)