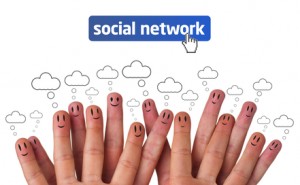 Facebook continues its often controversial evolution with the roll-out of “promoted posts,” posts that are included in more news feeds than they would reach organically because businesses and brands are paying for it. From a social media marketing standpoint, the main issue is whether these paid posts are causing the exclusion of posts by brands that users have liked and that would have otherwise appeared on their newsfeeds.

The Cause for Concern: Recently, some companies have found that traffic reaching their websites via Facebook has been decreasing, even as their Facebook likes are increasing. This seems to match the timing of the launch of Facebook’s promoted posts, leading to the suspicion that Facebook is purposely favoring paid updates over organic ones, causing a dip in the exposure and effectiveness of natural posts.

The Facebook Defense: Facebook’s position is that it is just curating users’ news feeds in the same way it always has, by trying to ensure that the feeds include content that is interesting and relevant to users and not too heavy on promotional posts, even ones from brands that users have liked.

Some Weeding Out is Necessary:  In general, brands post more regularly than users’ friends and family, yet users are for the most part more interested in the personal posts. So Facebook does have a legitimate reason to do some editing to make sure the balance of news feeds reflect users’ interests. This doesn’t change the issue of whether Facebook should be or is editing out more organic than paid posts, but it is a part of the balance.

The General Gist of It:  Facebook has to continuously find ways to monetize its service. Promotional posts are one way to do that and Facebook needs to support them well enough for the service to succeed. Facebook also needs to keep users interested in their news feeds, both to keep users satisfied and to make sure it retains its audience. The company also needs to help brands reach users organically or risk losing its dominance in the world of social media. It’s a tricky but necessary balance.

Better Posts will Always Work Better:  There is no final answer on how this balancing act will play out, but one social marketing truth is constant no matter what: better posts do a better job reaching more users. First of all, better posts, paid or organic, engage the audience and create results. Quality does matter, generally a lot more than quantity. Additionally, Facebook keep track of likes, comments, “hide this post” requests and spam reports for both organic and paid promotional posts and rewards them in different ways.