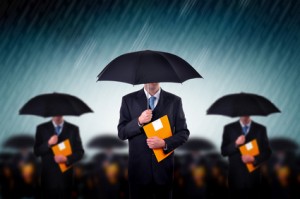 Every so often, there is a noticeable spike in Google ranking changes on a particular day for no easily discernible reason.  The obvious place to look for answers is a Google algorithm update for that day, but if this is not the case, it’s worth considering other possibilities.  One such ranking flux occurred on December 13th, with no confirmed algorithm change from Google.  Valuable insights can be gained by considering why this may have happened:

PMD Influence:  From December 13th to 14th, PMD influence (the percentage of Top 10 results made up of partial-match domains) dropped.   It’s difficult to determine specific patterns for winners and losers due to this, but it draws attention to this fact:  there are many data variables at play, and any of them can create a shift in the overall SERP picture.

Wikipedia and Other Major Sites:  Wikipedia holds such a large share of top ten search result spots that any change in its rankings will have an effect on SERPs across the board.  There was a top ten share drop on December 13th for Wikipedia; it wasn’t large, but still possibly impactful.  A change to Wikipedia’s rankings could be caused by a change to the site or even a technical problem.  Keep in mind that any changes in rankings for a small set of highly influential sites, like Wikipedia, could have an impact on overall SERP trends.

Headline News:  Analysis of that day’s results showed a gain for “gmaps.”  Further research shows that Google Maps re-launched on Apple’s iOS6, a move which generated news coverage that day.  Major news definitely can influence ranking shifts.  Whether news played an important overall role in the ranking changes for that day is unclear, but it is worth keeping in mind the potential impact of major news on rankings in general.

Google:  Google is so influential that even something that isn’t actually considered an official update, such as the smallest of changes to its algorithm, could be influential.  It also could be something outside of the search formula, such as processing a number of disavow requests or something else along those lines.  The impact of moves by Google should never be underestimated.

As demonstrated by the case study of December 13th, the data generally won’t point to a single definitive reason to explain a SERP shift.  However, given that there are so many factors external to your own SEO efforts, be sure to review the larger picture before assuming a one day change in your search rankings is because of something you did.

Please contact us if you would like to further discuss factors that can influence overall SERP spikes and dips, and how to incorporate this information into your SEO planning.