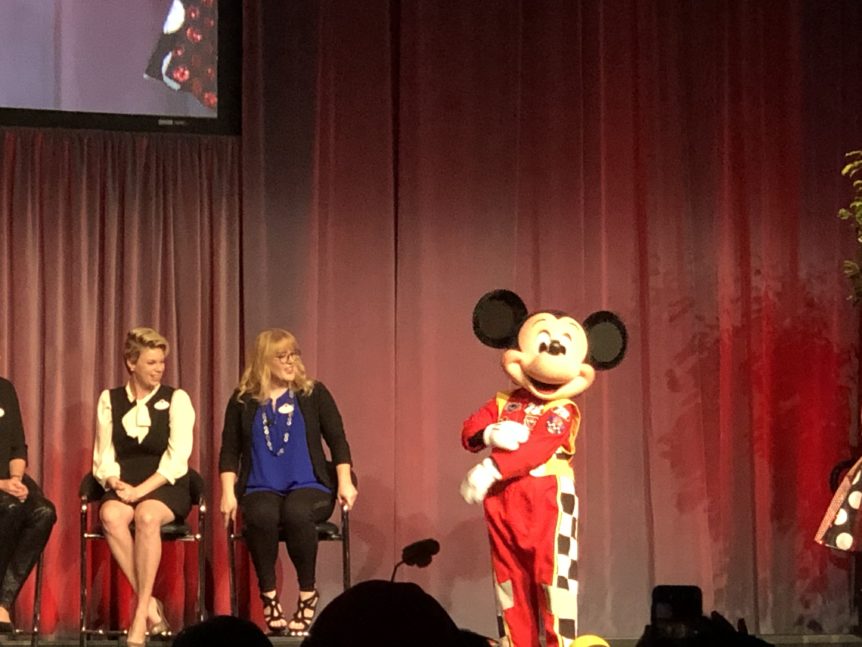 One of the most recognizable figures in the world today is not a political official, movie star, or pop singer. Only a few feet in stature with a wide grin, perky ears, and winsome voice, he presents an unlikely figure for a global cultural phenomenon, change-maker and branding powerhouse. Who is this character that has been charming generations the world over for nearly a hundred years?

He is none other than Mickey Mouse, and this year marks an incredible 90 years that Walt Disney’s beloved creation has been spreading love, friendship, joy, and creativity around the world. As his milestone 90th birthday occurred November 18, 2018, let’s reflect on Mickey Mouse’s history and his unique growth as a Disney character and brand.

Mickey Mouse was created in 1928, just shortly before America’s Great Depression. He was birthed in the minds of Walt Disney, Disney animator Ub Iwerks, and design apprentice Les Clark. Originally called “Mortimer Mouse,” his name was soon changed to “Mickey Mouse,” a name which today has become synonymous with magic, universal stories, and family.

Mickey Mouse’s first animated appearance was in the short film Steamboat Willie, co-directed by Walt Disney and Ub Iwerks.  [Special Disney inside information was shared at the Destination D event held at Walt Disney World November 17-18 that the actual whistles used in Steamboat Willie are being used to create the whistle sound in the upcoming Hollywood Studios Mickey and Minnie’s Runaway Railway ride.] Steamboat Willie helped to standardize Mickey’s appearance for future films. Walt Disney also served as one of Mickey’s original voice actors.  The Mickey brand grew at a lightning pace with global reach in just one short year. Then a few years later, in 1932, the Mickey Mouse Club had grown to an astonishing one million members. Mickey Mouse appeared in his first color film in 1935, a film called The Band Concert, and his first feature-length film in 1940 with Fantasia.

Mickey Mouse’s iconic tri-circular silhouette was originally chosen to simplify and streamline the animation process. But today, his mouse ears are one of Mickey’s most recognizable traits, representing not only the character himself but also The Walt Disney Company brand around the world. Disney fans see Mickey Mouse as a global ambassador of sorts for all of the magic and memories that the Disney brand creates.

Mickey Mouse and stories of his adventures with his “best girl” Minnie Mouse, his dog Pluto, and friends Goofy, Donald Duck, and others have stolen the imaginations of children and adults alike in nearly every country and culture. Through the years, Mickey has portrayed a loveable suitor to Minnie Mouse, a daring adventurer, and a brave hero. In 1978, to honor his 50th anniversary, Mickey Mouse was the first cartoon character to be awarded a star on the Hollywood Walk of Fame. At Mickey’s 80th anniversary celebration in 2008, Time magazine named Mickey Mouse one of the world’s most recognized characters. And according to Disney, 98 percent of the world’s children between ages three and eleven are familiar with Mickey Mouse. With this global fame, Mickey Mouse is a name, a brand, and a character with incredible influence.  During Disney’s Destination D we also learned that the key to Mickey’s enduring influence is connected to his ability to continually adapt and relate to the next generation. This can easily be seen in some of the most recent iterations of the Mickey Mouse character.

To commemorate the 90th anniversary of Mickey Mouse’s creation, Walt Disney World hosted a global anniversary celebration in November 2018. The celebration featured a brand new television special, limited edition “True Original” merchandise, dance events, concerts, art installations, an exclusive fashion show, and more. In addition to the anniversary events hosted in Walt Disney World, the landmark birthday was celebrated around the world, from the United Arab Emirates to the United Kingdom, France to Turkey, South Africa to Germany. Because Mickey Mouse is not only an animated character or cultural icon, but also a global brand identity, companies around the world have marked the milestone with special branding campaigns and Disney collaborations.

An astonishing 90 years after his creation, Mickey Mouse is living proof of the power of creative branding and innovative storytelling to build a loyal multigenerational Disney family, one that passes the tradition down generation to generation.